I recently visited Shanghai for a week. I was surprised how new and modern it is. There are new buildings and skyscapers everywhere. There are also lots of commercial districts; every brand that I can think of seems to have a branch in Shanghai–the city is lush from China’s economic boom. There are many types of street foods (some of the variety can be seen LifeOnNanchangLu.com) but the most exciting street foods for me was the many types of dumplings that are available. Dumplings are conceptually simple–they’re meat wrapped in a starchy dough. But there are many variations and each has a different technique, taste, and often an intricate folding technique. I wanted to taste several different types on my trip in order to improve my dumpling making skills and to learn about new types.

Shanghai is famous for inventing xiaolongbao (also called “xlb”, “juicy pork dumplings”, “soup dumplings”, or “Shanghai soup dumplings”). Another specialty of Shanghai are Shengjianbao (pan-fried buns). But there is also boiled dumplings (a style popular in the north of China), intricate styles such as four happiness dumplings, shumai (a type of dumpling which is open at the top), pan-fried pot stickers, wontons (small dumplings with long thing skins served in soup), and dessert dumplings filled with sweetened black sesame paste. The first thing I did when I got to the city is take the dumpling tour and the breakfast tour from Untour Shanghai with Carla as my tour guide. I’m glad that I did! I got to sample nearly all of these dumpling types and more in smaller neighborhood places — places that I wouldn’t have found or would have been to timid to venture into on my own. I wouldn’t have been able to find this large of a variety of foods without the tour — the first half of my pictures below are all from the tour. And Carla also explained some of the history and architecture of the French Concession area; this helped me picture what it is like to live in this neighborhood. So for me the tours were a must-do.

I also took cooking classes from Chinese Cooking Workshop to learn how to make a several varieties of dumplings: xiaolongbao (juicy pork dumplings), shengjianbao (Shanghai’s pan-fried buns), 4 happiness dumplings, and hat shape dumpling. I have folded xiaolongbao dumplings a few times before but my technique has never been good enough to photograph to post on this blog. This class was great because I learned several new tips and techniques for folding xiaolongbao and it’s good to be able to get a feel the correct dough consistency (it should feel soft and pliable like a “baby’s bum”). Chef Mike pointed out specific things about the way that I was folding them that could be improved, and confirmed that medium-gluten flour (which has a protein level of 10-11% such as Gold Medal bleached all-purpose flour) should be used for the flour wrappers. The dumplings that I made in his class were the prettiest that I’ve ever made.

I visited a few famous dumpling shops on my own: Yang’s Fried Dumplings, and Nan Xiang Steamed Bun Restaurant in the First Foodmall. I also loved the caulerpa lentillifera seaweed (also known as “sea grapes” or umi-budō) dish with a soy wasabi dipping sauce at Wujie, a vegetarian Chinese restaurant, too much to not mention it because the seaweed resembles green caviar. And the Long Bar at the Waldorf Astoria was very elegant and relaxing.

I was surprised at how different Shanghi is than Beijing. I liked the older parts of Beijing (the hutongs), its many famous sites (Great Wall, Forbidden Palace, and Summer Palace). Beijin is the capital, so it is a governmental city. In contrast, Shanghai is new, bustling. Shanghai is a financial center and I think it has better food. 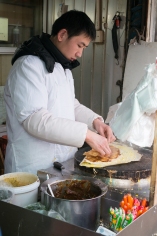 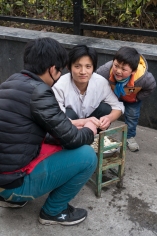 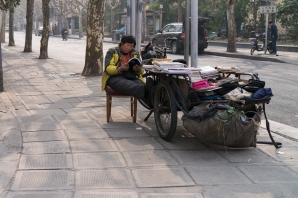 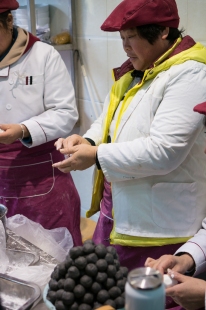 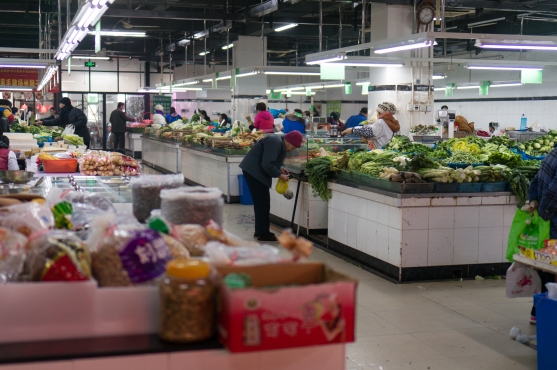 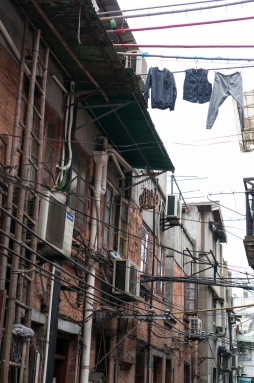 Drying Fish Outside a Wet Market

Drying Fish Outside a Wet Market

Folding Xiaolongbao. The Ingredients for Four Happiness Dumplings are in the Background. 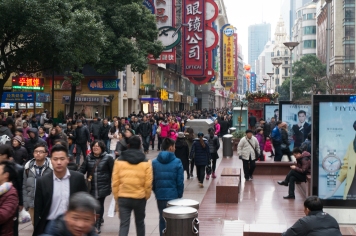 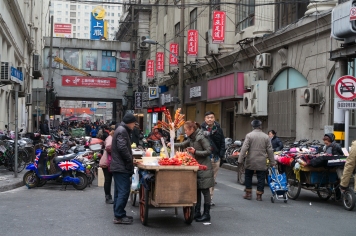 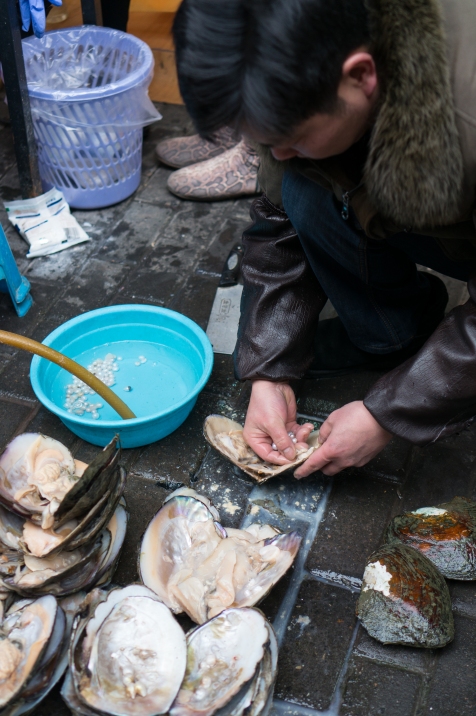 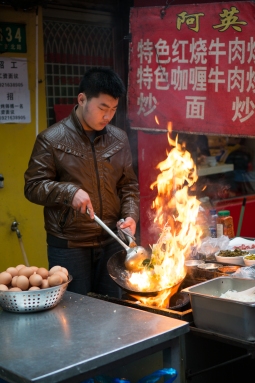 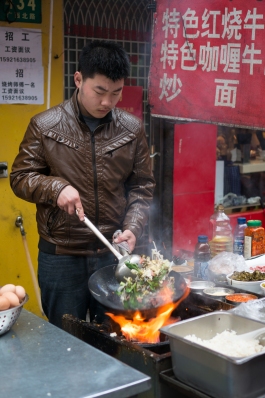 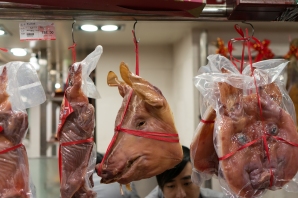